Administration Ulipur Thana was formed in 1902 and it was turned into an upazila in 1984. 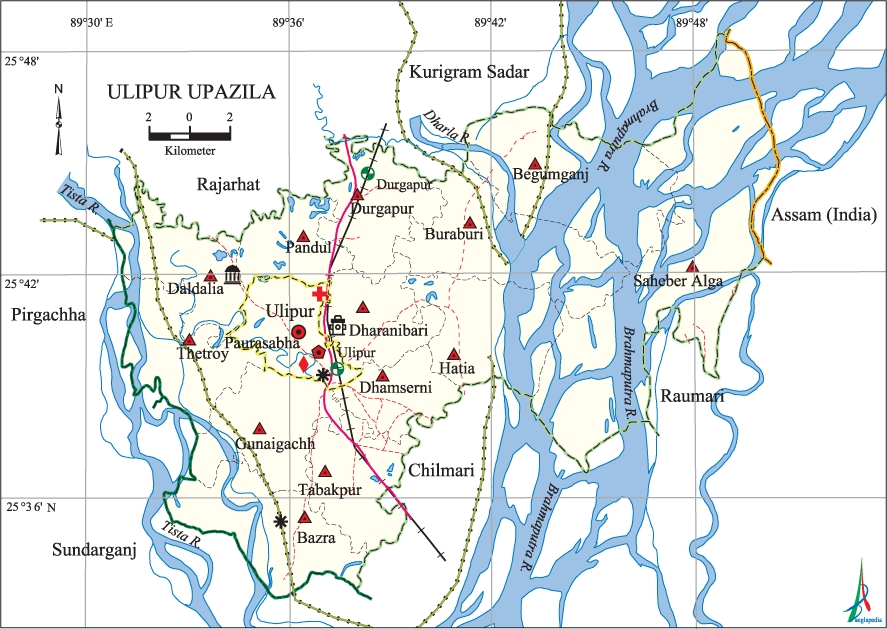 Historical events Many people of the upazila were actively involved in the anti-British Movement in 1920 in which one Rishikesh Majumder was imprisoned. In 1971 the freedom fighters attacked a Pak military convoy. On 13 November, the Pak army killed about 700 villagers at Hatia. During the war of liberation seven freedom fighters were killed in an encounter with the Pak army at Mongaler Hat.

Marks of the War of Liberation Mass grave 3 (at a place adjacent to Ulipur Dakbungalow, Hatia Dagar Kuthi and Dharanibari Madhupur); memorial monument 3.