Administration Jamalpur Sadar Thana was formed in 1853 and it was turned into an upazila 1983. Municipality was established in 1869. 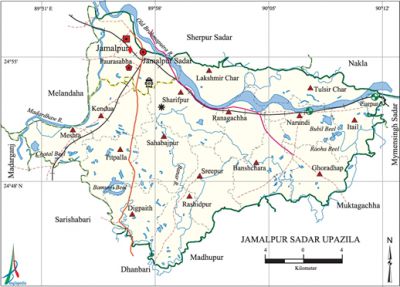 History of the War of Liberation On 7 June 1971 the Pak army captured a number of people from the Boushi Special Train and took them to the WAPDA military camp. On 21 June, the Pak army killed 9 persons at the Shashan Ghat (cremation centre) on the bank of the Brahmaputra.