Water bodies Main rivers: jamuna, ichamati, baral, hurasagar; chalan beel is notable. About 10% of the total area of Chalan Beel belongs to the Tarash upazila of the district.

Administration Sirajganj Sub-division was established in 1885 under Pabna district and it was turned into a district in 1984. Of the nine upazilas of the district ullahpara is the largest (414.43 sq km) and kamarkhanda' is the smallest (91.61 sq km). 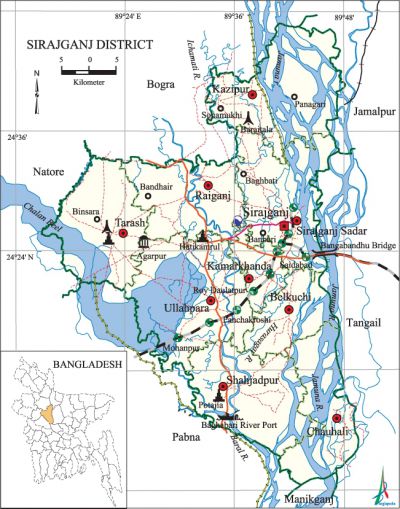