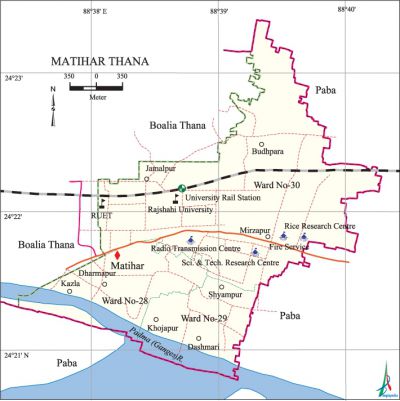 History of the War of Liberation During the mass upsurge in 1969 Dr. mohammad shamsuzzoha, Reader of the Department of Chemistry and Proctor of the Rajshahi University was killed by Police firing on 18 February. In 1971 Sukhranjan Samaddar, teacher of the Department of Linguistics of this university was killed by the Pak army. During the war of liberation the present Zoha Hall of the University was used as a torture centre by the Pakistan occupation army.

Hats, bazars and fairs Hats and bazars are 9, most noted of which is Dewanpara Bazar.