Administration Companiganj Thana was formed in 1888 and it was turned into an upazila on 2 July 1983. 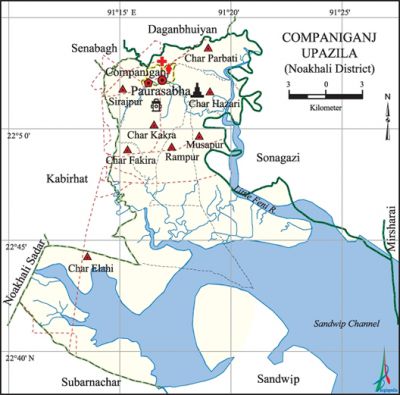 Marks of the War of Liberation Mass grave 1 (16 No Sluice Gate of Companiganj upazila).

Natural Disasters The tidal bore on 31 October 1876 and 12 November 1970 caused huge loss of life and damages to settlements, livestock and crops.