Senbagh Upazila (noakhali district) area 155.83 sq km, located in between 22°52' and 23°05' north latitudes and in between 91°08' and 92°16' east longitudes. It is bounded by nangalkot and manoharganj upazilas on the north, kabirhat and companiganj (Noakhali) upazilas on the south, daganbhuiyan upazila on the east, begumganj and sonaimuri upazilas on the west.

Administration Senbagh Thana was turned into an upazila in 1983. 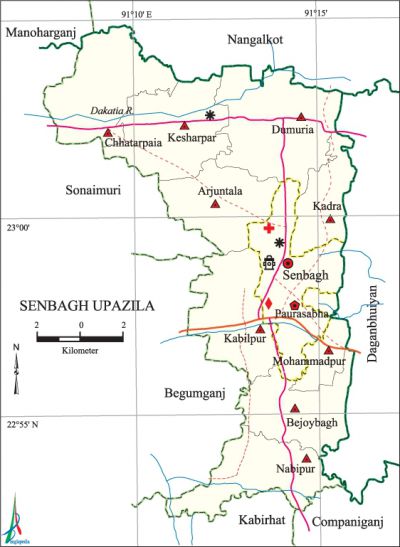 Archaeological heritage and relics Fort at Kadra, Statue of a hero at Beer Kot, Mosque of Kusha Gazi.

Natural disasters The cyclone of 16 October 1961 caused heavy damages to settlements, plantation and crops of the upazila.